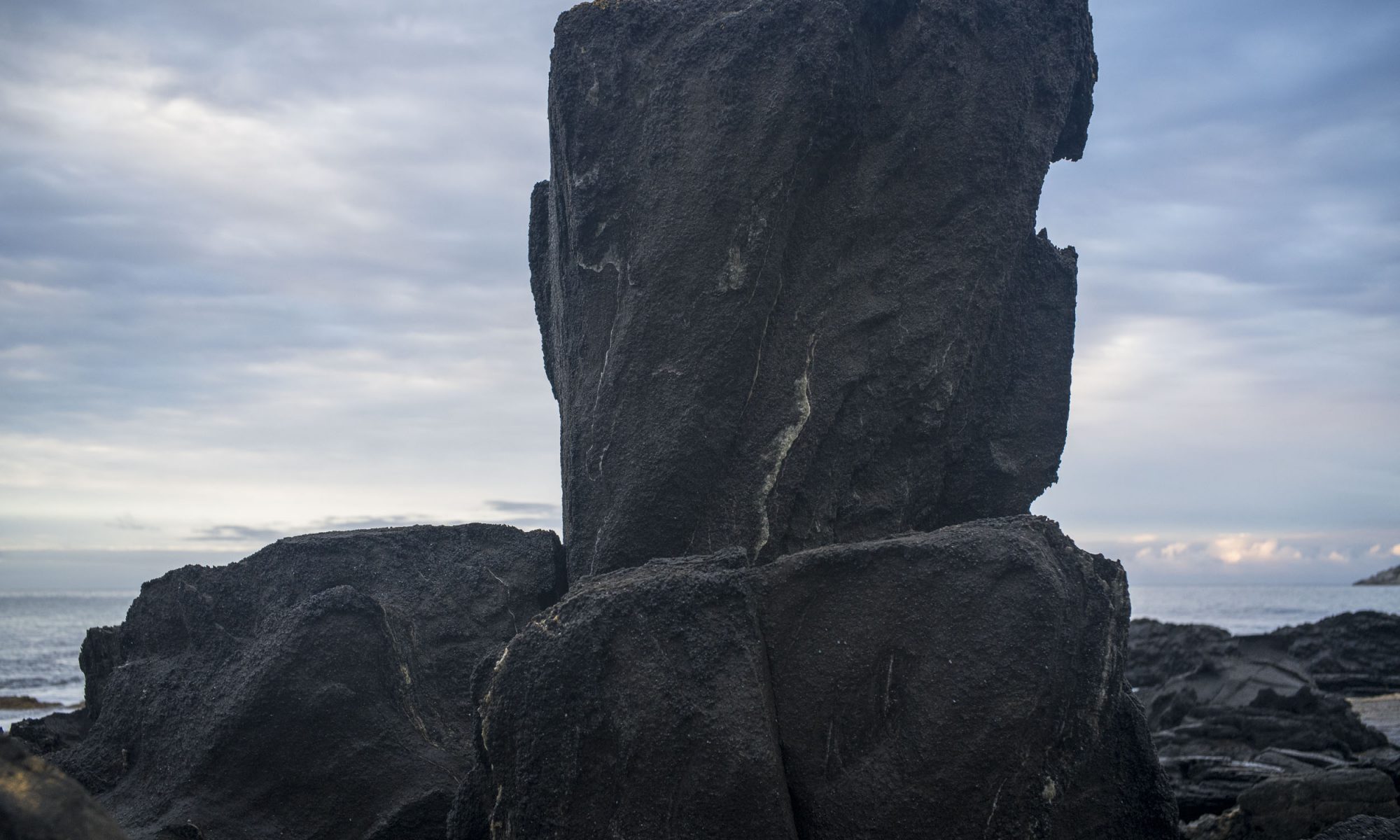 The stormy weather clears for a few days and there is some winter sunshine before the storms from the south west with their wind and rain return. There is no sense of human mastery and control of nature — nature dominated by science, technology, and capitalist production — here.

The tides have been so high in the afternoon that it has been almost impossible for us to walk along the coastal rocks. We have had to remain walking along the coastal path or heritage trail. Only occasionally have I managed to access the rocks. Nature has its own agency.

Petrel Cove and Dep’s Beach have lost most of their sand, whilst the sandhills at the foot of the cliffs along Dep’s Beaches have been eroded by the storm surges. This is my experience of the local effects of climate change in the Anthropocene that is still in the making. The  Anthropocene describes an Earth’s surface so transformed by human activities that the biophysical conditions of the Holocene epoch (roughly the last 11,000 years) have been compromised.

These are uncanny times. The average increase in temperature in Australia from carbon dioxide emissions is now 1.5 degrees above pre-industrial levels. We have seen the damage caused already with 70% of the Great Barrier Reef dead, and the recent mega bushfires the most well known.  We are heading towards 2.5 degrees increase in heating and we need to reduce carbon dioxide emissions in order to pull back the global heating to 1.5 degrees above pre-industrial levels.

So how do artist-researchers in Australia and Aotearoa New Zealand respond to the push and pull—the effects, affects and implications—of the Anthropocene-in-the-making? What does it mean for art to encounter the Anthropocene? Is there a place to tell stories about what it means to live in the Anthropocene?

Would it be to approach the planetary from situated and local experiences? To provide an aesthetic way of knowing that is not just responsive to change and transformation, but that suggests new ways to imagine the planet we live on?