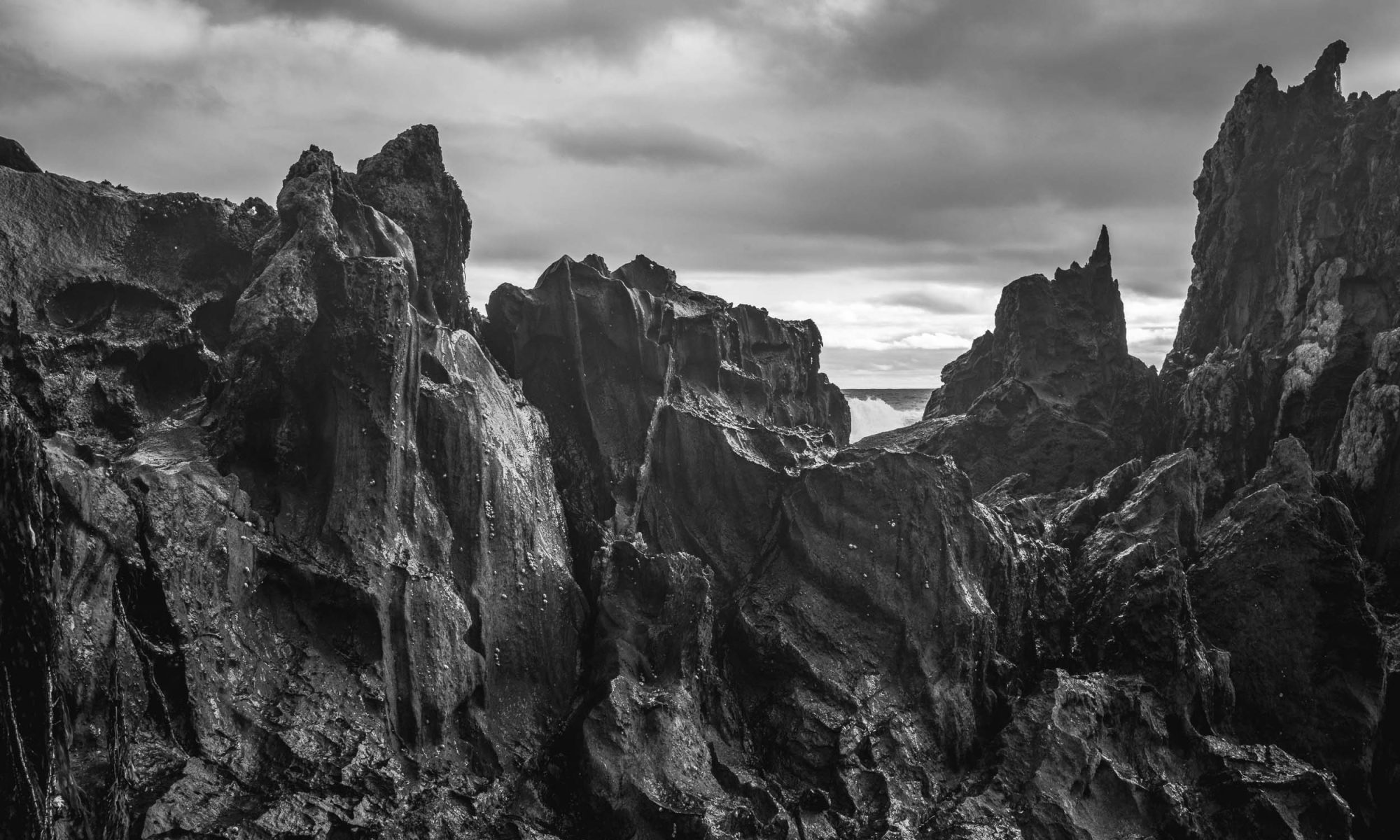 My late afternoon walks with Maleko have usually been along the coastal path and the rocks between Petrel Cove and Kings Beach in Waitpinga. The coastal path has been rebranded as a part of the Wild Coast Way, which is between Cape Jervis and Victor Harbor and is around 80kms.

The tide has been low in the afternoon so I have been able to access spots along the coastal littoral zone that would normally be inaccessible:

I am very careful these days after the Leica + rogue wave incident. The waves are large from the strong south westerly winds and so I make sure that I stay back from the rock edge and the sea.

On one occasion Maleko and I did visit Kings Head in Waitpinga one afternoon when it was overcast and the sou’westerly wind had eased and I could experiment with photographing the flowing water in the soft light.

I was seeing if it was possible to use a large format camera and tripod for this kind of image. It ‘s not. The water from the bigger waves would regularly sweep over the rock that I was standing on. The bigger waves were too regular to stand there with a dark cloth over my head. I’d be crazy to attempt it.

We have decided to get another female silver standard poodle to replace Kayla and provide Maleko with some dog company. He has been quite subdued and depressed at home during this last month.