It was a relief to return to the coast of the  southern Fleurieu Peninsula late yesterday afternoon,  after spending around 5 hours  walking the CBD  of Adelaide  in 35-40 degrees heat.

I had taken the Subaru Outback into the West Terrace Jarvis   in Adelaide   for its regular service.    Walking the city and photographing it  with the new Sony A7r111 seemed like a good way to fill in time until I could  pick up  the car. I could then see how Adelaide had changed from when I had  lived there.

Adelaide  was on the cusp of change as we were living –becoming a post-industrial city. The urban life was more vibrant. 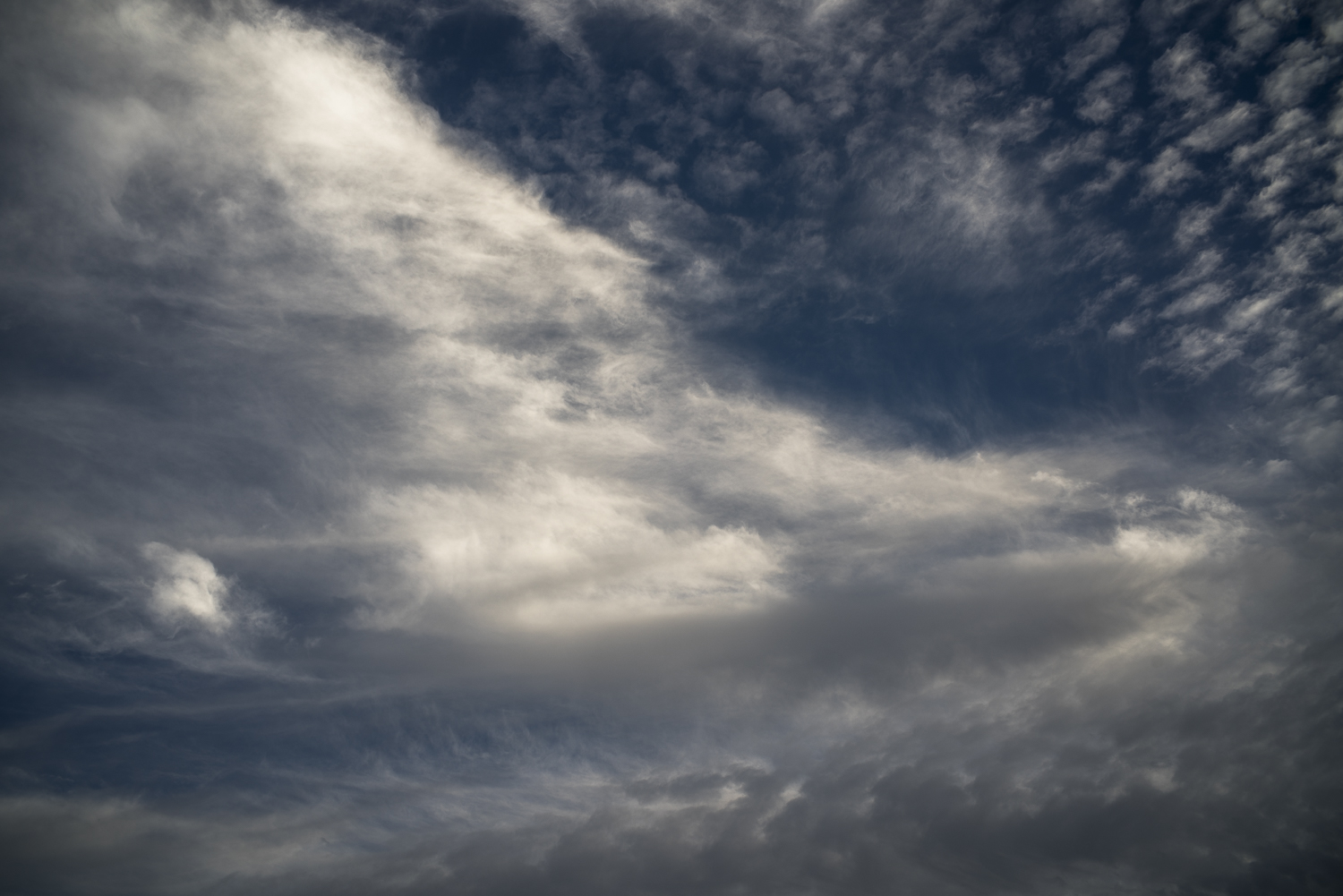 So I  walked around the CBD  from 8am to 1pm. However, I struggled in the summer heat and gave up the photography after walking around the  new medical precinct  along  the western part  of North Terrace.

Eventually I packed walking the city in  for some air conditioned comfort. I ended up  at the Flinders University City Gallery, and relaxed by  looking at the impressive  Helen Read Collection of Aboriginal art from the top end of Australia.
END_OF_DOCUMENT_TOKEN_TO_BE_REPLACED

Whilst Lariane Fonseca was staying with us at Encounter Bay whilst on her way back to Geelong from her Flinders Ranges trip I took the opportunity to do some research for the Adelaide Photography 1970-2000 book and to walk Adelaide’s CBD.

It was a nostalgic walk. I re-walked some of the routes that I used to do with Ari when we were living in the CBD. It was all about my memories. I even returned to some of the carparks that we used to visit and explore together:

END_OF_DOCUMENT_TOKEN_TO_BE_REPLACED

After sitting the final day of my Australian Abstractions exhibition at the Light Gallery I drove down to Port Adelaide to see some of the local SALA exhibitions before they finished. They cafe’s were closed, so Ari and I wandered around the place. It had been a while since we’d done that.

I took a few snaps in, and around, some of my favourite haunts:

Photographing the Port was going to be a central project for me several years ago, but it kinda faded away for some reason. It was where I started my large format work in black and white in the 1980s when I had a studio at Bowden, and I returned to when I picked up my large format photography again 30 years latter. But the momentum died as I slowly lost interest.
END_OF_DOCUMENT_TOKEN_TO_BE_REPLACED

I have been travelling up to Adelaide once a week for the day since my return from Melbourne. The trips are centred around going to  see  the printer at the Atkins Photo Lab to prepare  the prints for my abstraction exhibition at The Light Gallery during the SALA Festival in August.

As I have been taking Maleko with me on the day trips that means lots of short walks throughout the day in Adelaide.These are mostly in and around Veale Gardens as I can park the car easily for an hour. Often I do the afternoon walk in Adelaide before I drive back to Victor Harbor. The last time we did this the afternoon walk was in the western parklands and in and around the West Terrace Cemetery.

It has been six months since we did a poodle walk in the Cemetery and little has changed there. What does change is more smashed gravestones and objects placed on the gravestones. This teddy had been placed on one of the gravestones in the Catholic section of the cemetery. END_OF_DOCUMENT_TOKEN_TO_BE_REPLACED

With the power at Victor Harbor of Friday from 8am to 4.30 pm we all drove up to Adelaide for the day to do bits and pieces—-haircuts, dropping off books and records, shopping at the Adelaide Central Market, and taking in exhibitions at the Light Gallery and CACSA. Ari and I were even able to do a small poodle walk in the CBD whilst we were waiting for Suzanne to drop off some old records at ReRun Records and Photography:

Whilst waiting we did a quick explore of some back alley ways off Pultney Street and behind Rundle Mall—eg., Porters Lane.

Ari and I drove up to Adelaide for the Akins Film Challenge on Friday, 13th February. We were driving in from the outer suburbs of Adelaide and were caught up in the peak hour commuter traffic along Goodwood Rd. The challenge starts at 9.15 am when you are handed a 120 roll of Fuji Velvia 100F film (now discontinued due to their withdrawing from the film business).

The rules of the challenge are: you have around 3 hours to expose the 12 exposures; it needs to be returned to Atkins by 1pm; Atkins processes the film; and you return the lab at 4pm to select your best picture. Atkins then undertakes to scan the transparency over the next few weeks, you make minor adjustments in post processing, then return it to Atkins in a week or so, who they then mount it for an exhibition in their foyer of the lab.

The general idea behind the film challenge is that the photography is done in Adelaide’s summer heat and in the harsh, glaring summer light. So it challenges the myth of only taking photos in good light. This time round the day was very hot but overcast and the light was very flat. Ari and I hung around in the car parks in the east end of Rundle Street, and I made a number of digital snaps whilst making the photos for the film challenge:

It was hot even in the car parks. After three hours work I was exhausted. I collapsed upon returning to the lab to hand in the film for processing. I recovered whilst having my lunch at the lab, then returned to the Sturt St townhouse to touch up the walls that had been damaged by the furniture removalists. It was the day of the settlement on Sturt St. The townhouse had been stripped and was awaiting the tenants. END_OF_DOCUMENT_TOKEN_TO_BE_REPLACED

The last poodle walk Ari and I did whilst I was living in the Sturt St townhouse in Adelaide’s CBD was on the Sunday morning before we left the city to live on the coast at Encounter Bay. As Ari and I were saying goodbye to the city we had lived in for a decade it was appropriate that we visited a carpark:

As I now live 80 kilometres from Adelaide I will no longer be able to pop out and just aimlessly walk the city. It’s about a 70 minute drive from the southern Fleurieu Peninsula coast to the CBD END_OF_DOCUMENT_TOKEN_TO_BE_REPLACED

I really should have  been using a large format camera–ie., the Cambo 5×7 SC monorail— for this architectural work, but that had been left down at Victor Harbor.   I needed to bring the iMac back to  town work on for the next month or so that we are in the city.  END_OF_DOCUMENT_TOKEN_TO_BE_REPLACED

Ari and I wandered around the CBD of Adelaide on Sunday morning after returning from a few days holiday in Victor Harbor. We returned to Adelaide in order  to continue cleaning and painting the townhouse before it goes on the market in mid-January.

It was an eerie experience.  We were the only ones walking the city.

Then I realized that a CBD devoid of people was the Adelaide that I knew whilst I lived in the CBD. It is only in the last couple of years that Adelaide has changed in the sense that people now walk the streets. The CBD is no longer just a space for work and shopping since people–mostly young people– have started living in the city and spending their time on the street. END_OF_DOCUMENT_TOKEN_TO_BE_REPLACED

The days of living and walking in the CBD of Adelaide are coming to a close. The poodlewalk with Ari last Saturday morning will be one of the last as the townhouse is due to go on the market in mid-January.When it is sold–as we hope–then that will be the end of us living in the CBD.

We now live in the townhouse in order to scrub it up–clean it and paint it –for sale. The cameras, computers and scanners are now at Victor Harbor, which is the southern outer suburban rim of Adelaide. We are about one and half hours travelling time by car from the CBD. The car, rather than walking, will now be our primary mode of transport. There is no public transport from the CBD to the outer suburban coastal rim. Nor will there be.
END_OF_DOCUMENT_TOKEN_TO_BE_REPLACED